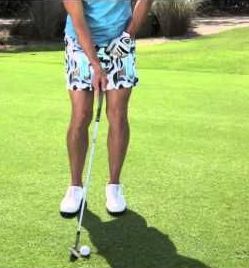 Gayle Champagne started playing golf to avoid answering the phone.  On Friday afternoons the guys at the ad agency would ask, “Gayle, would you cover my calls?” as they headed for the course with a client. Pretty soon Gayle was out there too.  (That’s Gayle sitting between Carolin Dick and me).
nike free sale
She REALLY took to the sport, organizing trips up north for dozens of women at a time, landing a job at Golf For Women magazine, becoming an expert on the pleasures and perils of business golf.  She’s been involved with the American Junior Golf Association for 16 years and is currently President of the Board of Directors of that national nonprofit. That’s in addition to her full time job at Self Magazine! This is a woman who gives to golf!
new balance 857
I met Gayle the year I started playing golf – before I had golf shoes OR a golf swing.  She hit a ball 90 yards over a little patch of wetland and I thought she was a golf goddess.  What really stuck with me though, was the way she inspired a new player, with just the right blend of humor and helpfulness.  I so appreciated the time she spent with me.

Whenever I play with Gayle I get inspired.  So with summer on the wane, I’ve made a pledge – to get out there and play with some new golfers, to pass on those good golf feelings.
baby nike free
Once again, Gayle, thanks!